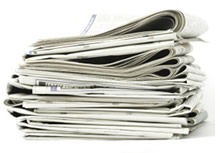 Considering the Spilat Company is celebrating its 50th anniversary, it was decided to conduct an interview with Mr. Mehran Peroomian who has been the General Manager of the Company since 1981.

Mr. Mehran Peroomian the General Manager of Spilat Company graduated from Berkley University as a Mechanic major and answers our questions.

When was Spilat Company founded and how was its establishment and its field of activities?

Spilat Company was founded in 1963 by a group of young capable and skilled Armenians as a contractor in construction of installations, technical structures, roads and bridges. In 1974 it was managed by Mr. Neshan Peroomian, graduate of Berkley University as Road & Civil Construction major and Ms. Roubina Minasian, graduate of Tehran University as Road & Civil Construction major and it was when the company started a new chapter of its activities. After the Islamic Revolution in Iran, the management was transferred to Mehran Peroomian and now with half a century experience the company is honored to be rewarded the first place in the rank of road and transportation company by the relevant department of the Presidential Office and to be named as a pioneer in the implementation of national projects.

What is perceived to be the key to success for the company?

1-    The working environment in the company is hospitable for the personnel, and hardworking and capable and honest workforce to pursue their career for long years. 2- Respect towards individuals, ideas and capabilities of the personnel have been dominant over 50 years of construction work. 3- The projects require group and team work. 4- Quality implementation of the projects over the past 50 years and completion of all civil projects since its foundations has always been the motto of the company.

The General Manager of Spilat Company, Mr. Mehran Peroomian, wished health and success and prosperity for the whole nation on the eve of the New Year.